My Newsfeed went RED, did yours?

Hotbed subject of the week.  The supreme court and marriage equality.

Even Yoda and Grumpy Cat are making their opinions known.

In the past 24 hours I have watched friend after friend (myself included) change their profile photo to one that depicts their support of marriage equality, regardless of the individuals sexual orientation.  I think over 100 of my friends and counting have done it.  Yes I went through my friend list a little while ago and counted - I am keeping an eye on you!

Some of them are so creative I had to share. 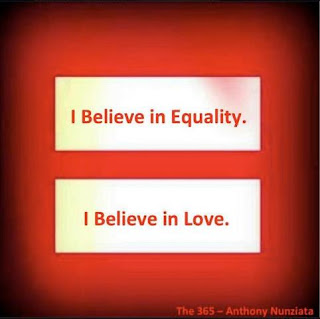 This one is just nice 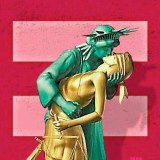 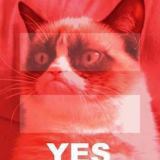 Even Grumpy Cat got into the action (media slut - ha ha)
﻿ 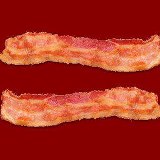 Everyone believes in bacon 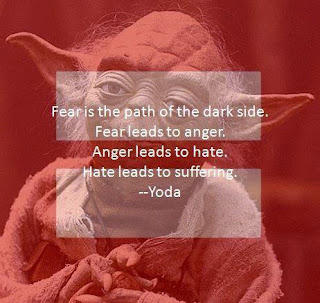 My personal favorite and my profile picture which comes as no surprise to anyone who knows me! 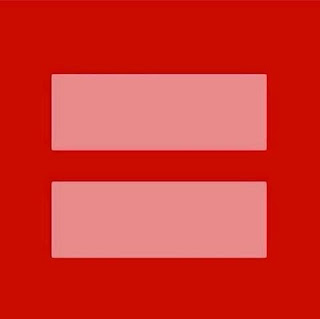 The original one that started it all
I posted this article from Mashable about big Brands that are giving a shout out for Marriage Equality on their Social Media channels in my LinkedIn Group asking people if they think that its a true show of support or if they are capitalizing on the publicity.  You can join the commentary by joining  TV Brand Integration on LinkedIn if you are so inclined.
Finally, my daily MuckRack newsletter came in and posed a question that really made me pause and think about the way our media has and continues to change.  I decided to answer it publicly (sent it to MuckRack as well)
In answer to:  What do you think of journalists changing their profile photos in support of a cause? Should they refrain to remain objective? Or does Social Media level the playing field on opinions?
Journalists reporting the news are supposed to be objective, unbiased and temper their own opinion; but the reality is that is an incredibly difficult thing to do. Even without expressing their opinion on a subject matter, there are so many instances where it is apparent which way the writer (or the publication) leans on an issue.  It is easy to report objective facts selectively that give a hint to the authors true feelings without out and out saying it.
“It was every day implied but never declared” – Jane Austen
However journalists are people. Humans.  Individuals who can be and very often are directly affected in one way or another by a political hotbed issue such as Health Care or Marriage Equality.  Everyone has a right to their opinions, Freedom of the Press / Media ensures that for Journalists. Social Media may have changed the way we receive our news, but not the basic rights of the people reporting it.
In the end it is the journalists right to make the decision as to whether or not they want to take a stand publicly on an issue or not.  Regardless if they do or don’t they have their opinion and more than likely we will read about it...
even if it’s hidden between the lines.
~~~~~
It's something to think about. Are you making your opinions known publicly or keeping them to yourself?  Feel free to tweet me with a response @PRShutterbug
Obvious my opinion is.

MuckRack Daily chose and published my (edited) response.
Which is cool with me - I've always needed a good editor..... 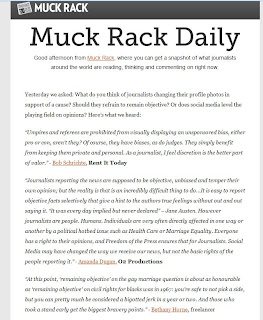